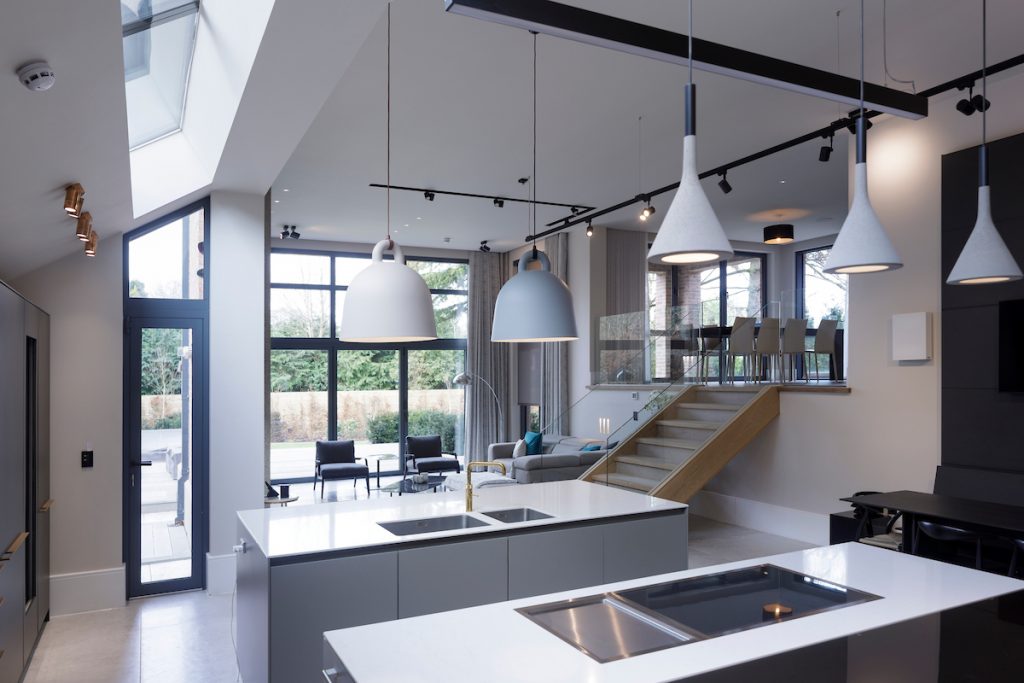 The prestigious annual awards ceremony is run by the LABC (Local Authority Building Control) and recognises excellence across the new build housing industry. 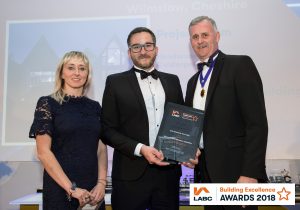 The winning property is called Seven Steps, and is a 7,500 sq ft mansion designed and built by Knutsford based Henderson Homes as a private commission for a local businessman and his family.

Designed to sit within a gently sloping site with mature trees and planting, Seven Steps was inspired by a luxury ski-lodge that the family had recently holidayed in.

Henderson Homes worked with Altrincham architects Calderpeel to create interesting split-level accommodation that complements the natural topography of the site and creates private retreat spaces as well as numerous opportunities to connect with the outdoors.

The impressive property includes a home gym, a ‘kit/cloakroom’, stunning kitchen, lounge, dining room with private bar and terrace and five double bedrooms, each with an en-suite and dressing room. The family’s two children enjoy a playroom/study each and even the family’s pet pooch has it’s own private quarters. A basement provides parking for several cars via a ramped driveway and includes a lift providing access to each of the seven split-levels.

Says Henderson Homes MD, Max Henderson, “Seven Steps is possibly our greatest achievement, to date. The design was developed in response to an exacting brief. Every aspect of the build has been delivered with meticulous care and attention to detail, which is exactly the way we like to work.

“Seven Steps is a fantastic example of our ability to interpret a client’s requirements, deliver them and produce a home with ‘wow’ factor, all at the same time,” he added.

Seven Steps has also been nominated as Project of the Year (under £5million) in the NW Grafters, an annual peer-led award ceremony for the North West construction and property sector with Henderson Homes up for Best Boutique House Builder for the fourth year running; an accolade they received in 2016.