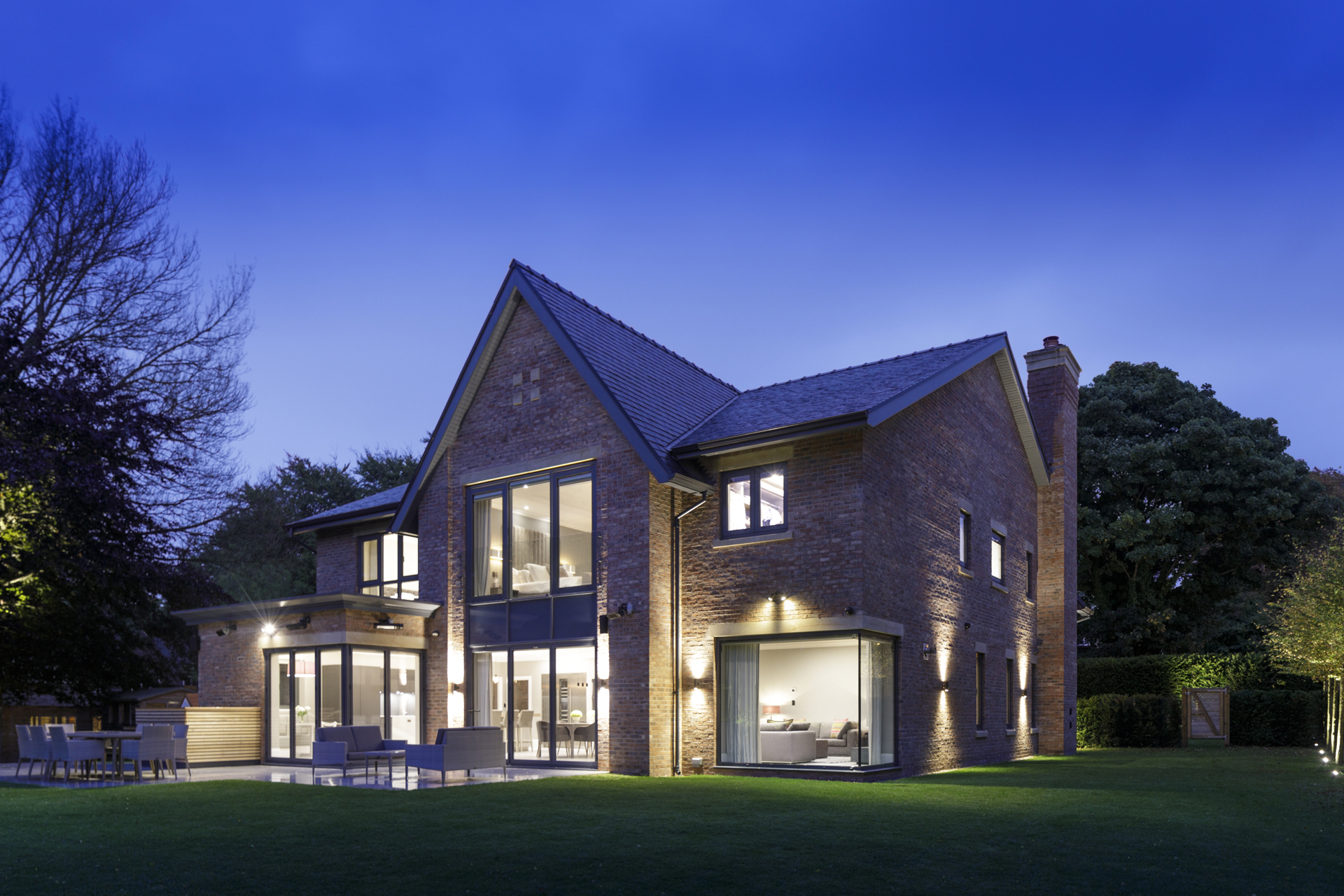 Henderson Homes recently completed work on a large two-storey detached residence on Fletsand Road in Wilmslow, one of the most prestigious addresses in the town centre. The property is a replacement dwelling and occupies the site of a detached dormer bungalow, which sat within an extensive plot.

Henderson Homes developed a design that incorporated many of the most attractive elements of neighbouring houses, such as steep pitched roofs, gables and symmetry. They also designed the extensive accommodation across two storeys and utilised space over the garage to maintain the existing streetscape.

The positioning of the home within the plot was important; being a family home, there needed to be ample space at the rear for the children and dog to play out, yet for privacy, aesthetics and the practicality of being able to enter and leave the double garage in a forward direction, the house could not be situated too close to the road. The property also lay in a low-density area, so efforts were made to ensure the proximity between neighbouring homes was well within current policy.

By building in brick, rather than render, Henderson Homes was able to provide the home with a traditional appearance, which was in keeping with the vernacular. A beautiful weathered red brick was specified helping to soften the bold architectural lines of the home and create an appearance of maturity. This was teamed with Sandstone lintels and a mid-grey Spanish roof slate.

The design was then given a contemporary twist with large expanses of glazing contained within low emission energy efficient aluminium frames in a softer shade of grey than is the fashion. The effect was successful; despite its crisp linear architecture and impressive size, the property exudes the feeling of a welcoming family home.

Built as a private commission for a family with two young children and a dog, the home provides around 6500 sq ft of living accommodation which briefly comprises an entrance hall, home office, parents retreat, playroom/media, open plan kitchen with dining and family area, pantry, utility/dog room, kit room, laundry room, gym, family bathroom, five bedrooms including two with en-suite and a master with dressing room, lounge area and en-suite and an private suite above the garage.

The property was shortlisted in the Northern Design Awards for ‘Best Residential Build’ and ‘Best Interior Design Project’.