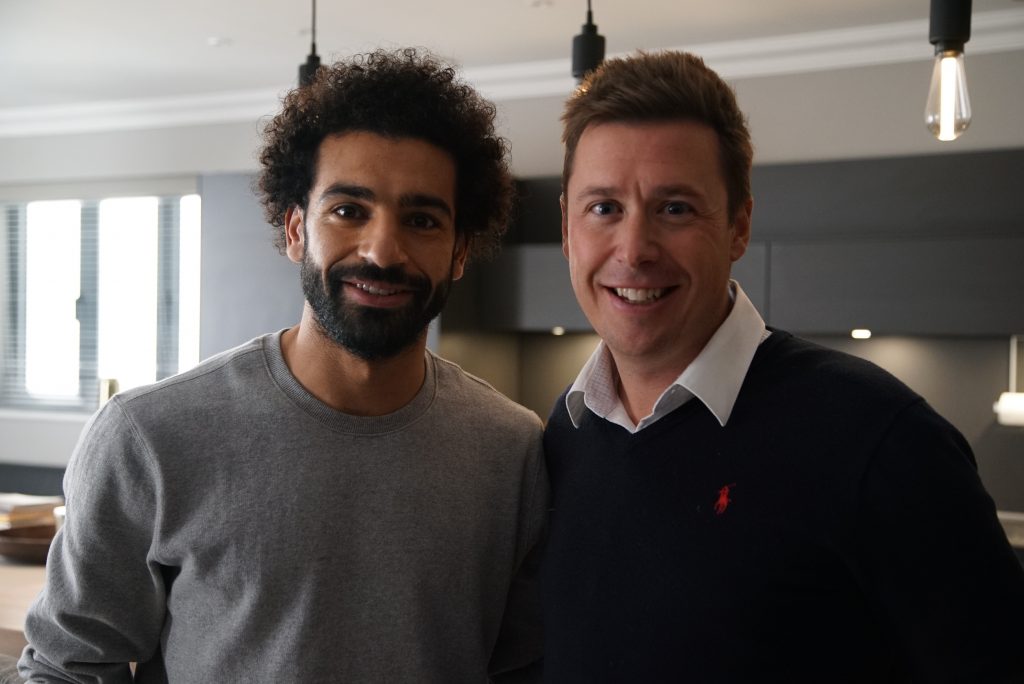 A property by Henderson Homes has featured in an advertising campaign by DHL, which reconnects Liverpool FC and Egyptian International Mohamed Salah with his fans. The advert has been one of the most talked about marketing campaigns this year.

Situated on the most prestigious road in Wilmslow, the luxurious five-bedroom detached residence features heavily in the opening sequence of DHL Express Egypt’s emotive advert, and is depicted as the Liverpool star’s own home.

Prior to the three-minute advert going live, Mo Salah deactivated his own personal Twitter, Instagram and Facebook accounts with the cryptic message “2019 Resolution: Time to get in touch, for real”, much to the consternation of his many millions of supporters, worldwide.

The advert, which is shown in the Middle East and online, then follows how four fans create works of art for their hero in response to DHL’s announcement that they have ‘reached’ Mo Salah and ‘can connect you to him’.  Mo then reactivated his accounts by posting the message ‘Getting in touch, for real…’ with a link to the advert, which has now been viewed 1.35 million times (as of 4.4.19).

Max Henderson, Managing Director of Henderson Homes says, “DHL contacted us as they had seen our work on Instagram and wanted to find a high calibre property that could pass as home to a sportsman of Mo Salah’s international standing.  They thought our property in Wilmslow was perfect for their campaign. Of course it was hugely flattering for our work to have been singled out from amongst the many millions of properties posted on social media. We’re proud to see our craftsmanship recognised on the global screen!

“The filming of the commercial ran smoothly. Luckily the house is big enough to accommodate all the crew and truckloads of cameras, lights and equipment. Mo was extremely friendly and relaxed and took it all in his stride,” he adds.

Getting in touch, for real… 😃 pic.twitter.com/zTRnXfGI8B